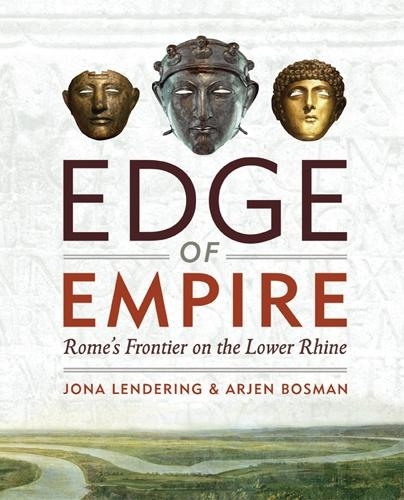 "In this place, a poverty-stricken tribe lives on high terps and hand-built platforms, which raise their homes above the known high water mark. When the waves wash over the surrounding land, the inhabitants look like seafarers, but when the water subsides they have the appearance of shipwrecked people."

That`s how a Roman officer described the people living on the shores of the North Sea. To him and his comrades, this was the edge of the world. In the sea, he expected to find fabulous monsters, and on land, savage barbarians.
Every ancient author writing about the Low Countries was preoccupied with the complete contrast between the civilized people of the Roman Empire and the tribes of noble savages or barbarians living outside it. Julius Caesar exploited this preconception to enhance his own reputation, boasting that he had overcome the `bravest of all Gauls`; Tacitus employed the same stereotypes when he described the Batavian Revolt; and, in Late Antiquity, the Franks were still described as resembling monsters.
The reality was different. The presence of the Roman army along the River Rhine radically changed the way of life in the small Roman province of Germania Inferior, and the need to maintain and feed this large army became a significant incentive for economic change. The tribes living along the lower reaches of the Rhine and close to the North Sea gradually began to resemble their occupiers.
Historian Jona Lendering and archaeologist Arjen Bosman have combined their considerable expertise to create a successful synthesis of historical and archaeological evidence, in this history of Rome`s Lower Rhine frontier. Their award-winning book is now available in English for the first time.