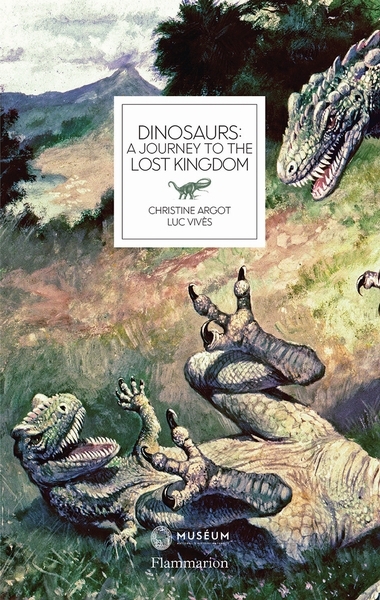 Blending history and fantasy, science and art, the story of how dinosaurs were discovered and reimagined comes to life through splendid illustrations in this handsome slipcased volume.
&#160;
'stegosaurus, Triceratops, Brontosaurus, Tyrannosaurus&amphellipthese exotic prehistoric creatures continue to fascinate more than 200 million years after they last roamed the earth. Dinosaur skeletons have been reconstituted, reconstructed, and interpreted by scientists and artists since the first fossils were uncovered near Ca&ampntildeon City, Colorado, in 1877, sparking the Bone Wars. In 1907, the Carnegie Museum of Natural History mounted &ampldquoDippy&amprdquo the Diplodocus, which sparked dinomania, igniting the imagination of popular culture and Hollywood. From the Morrison Formation to Montana&amprsquos Hell Creek, and from Mongolia&amprsquos Gobi Desert to Argentina&amprsquos Patagonia, new discoveries and excavations have uncovered a lost kingdom that has inspired myriad homages.
&#160;
This volume enriches our understanding of dinosaurs through rich visual iconography&ampmdashfrom paintings, drawings, and sketches to new photography, film stills, reconstructed skeletons, and archival documents&ampmdashalong with detailed descriptions and anecdotes from great nineteenth-century explorers, artists, and writers such as Benjamin W.

This book is published in partnership with the Mus&ampeacuteum National d&amprsquoHistoire Naturelle in Paris to coincide with a traveling exhibition of the exceptional Trix T. Rex and the international release of Jurassic World.

Levertijd: 2 tot 5 werkdagen
Copyright © 1996- All rights reserved | Deze website maakt gebruik van cookies
This template is made with by Colorlib